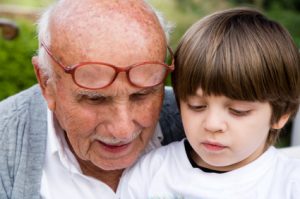 Since 1998, relatives of a child in Washington have had no right to visitation with that child over the objection of the child’s parents. (See Beating A Dead Horse: The Continuing Demise of Grandparent Visitation.) Effective June 7, 2018, Washington has a new relative-visitation statute.

However, before grandparents and other relatives rejoice, they should consider the statute’s restrictions. These restrictions are designed to comport with the constitutional mandate. In order to prevail, the relative petitioning for visitation must establish that:

The “clear and convincing evidence” standard is a high standard similar to “beyond a reasonable doubt” in criminal cases. While many civil matters are decided by “a preponderance of the evidence,” which essentially means “more likely than not,” the “clear and convincing evidence” standard requires much more clarity. A judge would have to be clearly convinced of the harm or potential harm to the child and of the child’s best interest. This is a high bar for a relative to clear.

Will this statute withstand a constitutional challenge? It tracks very closely to In Re Custody of Smith as if the drafter of this statute went through the Smith opinion as he or she wrote the new law. So this new law should satisfy the Washington Supreme Court.

Marriage of Troxel rested on the narrower ground of giving deference to a fit parent and declined to consider whether a showing of harm to the child is required. One could perhaps argue that the new statute does not give enough deference to a fit parent. Presumably a parent is not fit if the parent causes harm to his or her child by cutting off visitation with a relative. The statute’s requirement of clear and convincing evidence before visitation is ordered over a parent’s objection should satisfy the United States Supreme Court.

Overall, this statute places a high burden on the relative to show that the parents are harming a child by cutting off visitation with the relative. There may be only rare instances where a parent can satisfy this burden. While relatives, such as grandparents, finally have an avenue to seek visitation with a child, that avenue is of limited use.

This website provides general information to the public on legal issues. These informational materials are not intended, and should not be taken, as legal advice on any particular set of facts or circumstances. You should contact Brandli Law for advice on specific legal problems.